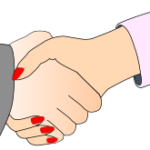 Agile retrospectives are great for Scrum teams to continuously improve themselves. Asking team member on what went good, and what can be improved helps them to inspect and adapt their way of working. But what if a team is struggling with the way they collaborate? If there are feelings and issues which are not dealt with, and that are hampering the team spirit? A retrospective technique that I often use, is to do a team member check in with a one-word exercise that summarizes how they are feeling.

When there are issues in a team that need to be discussed, I have each team member state how they feel about the past sprint in one word. Chances are big that at one or more words, with some questioning, triggers a discussion where things are spoken out about the team that often don’t reach the surface.

The sprint that failed

I once did a retrospective with a team, where I felt at the start of the meeting that something was wrong. Team member came in and took their seats, quietly waiting for the sticky notes to be distributed so that they could write down what went good, and what could be improved (as we did in the previous retrospectives). I quickly decided that another technique was needed to help this team, so I asked them if we could make a quick round where each team member would state in one word how they had experienced the sprint. Where the first one said is was “ok” (with a somewhat negative tone), the second team member used the word “troublesome” and the third one said it “sucked”.

Given the confirmation that I got in the room, I facilitated a discussion with the team where we explored the reasons that they felt like this about the sprint. Techniques like 5 times why from Root Cause Analysis helped to get a deeper understanding of the causes, and to discuss what the team could do to prevent similar issues in a next sprint. Team members were invited to share their feelings about things. I felt a lot of relief, as the issues had been bothering them but until now they had not found any opportunity to discuss them, and to deal with the situation. After a final check to assure that everything that needed to be said had been brought up the team members left the room, relieved and empowered to deal with similar issues in the future.

What’s needed to do a one-word exercise?

Trust is important in any retrospective, even more when you are dealing with people’s feelings and emotions. The team members have to feel safe to be open; as a facilitator you have to make clear that what is being said will remain within the team. It is also up to the team what they want to do with it, even if they decide that they do not want to take action.

As a facilitator you have to respect the opinions of the team members, and also assure that they respect each other. If people start blaming or accusing, please remind them that the purpose of a retrospective is to understand what happened and learn from it. Remember them of the retrospective prime directive.

It’s important to deal with the issues that are brought up. People reach out, and take risks by discussing them, they have to feel rewarded by the fact that something is done by team with it. The team members have to leave the room feeling that they have been heard and understood, and have the feeling that they can solve the issues as a team.

The power of a 1 word retrospective

The one-word retrospective technique is often considered as a checking exercise, to get the team members ready for the retrospective. But if the team has major problems, then this one-word exercise check-in and the discussion that follows is the retrospective! It is an effective way for the team to discuss what is hampering them, and agree on how to deal with it and get it out of the way. And that is what retrospectives are all about!

Over the years I’ve trained many people on how to effectively facilitate agile retrospectives. Many of the books and tools that I use in my workshops are now available as digital downloads: