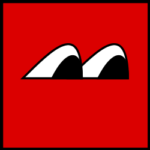 To do small changes, or to get an improvement journey started in an organization, I use a short cycled “observe and change” approach, that consists of a couple of hours of observation with a 1 page feedback and change advice. Let’s explore how this works, with an example where a start-up organization was reorganized into two self-organized development teams, and a product owner team.

You can have smaller and bigger changes in organizations. For a bigger change you often need to do an extensive audit or assessment, for instance with a CMMI assessment or by using the People-CMM to invest in your professionals. That way you can explore the whole organization, draw a map of it’s way of working, and plan the changes that are needed. But we also need to uncover better ways to do (process) improvement, that deliver value to organizations quicker and with less up front investment. Which can be used for smaller changes, or just to get change started in an organization, as a first step of a journey in continuous improvement. For such situations, I use a short cycled improvement approach.

For customers that needs quick improvements, I use a short cycled “observe and change” approach. In a first talk with the customer I discussed their needs, and together we identify the main stakeholders. Next I invest a maximum of 4 hours in attending any ongoing meetings as a “chicken”, so just observing what was happening. Sometimes I use checklists that help me to identify what is there, and what not. Based on what I observe I write a 1 page proposal giving the customer feedback, and suggesting the steps that they can take to realize their needs, and what I can do to help them with it.

Customers are often pleasantly surprised from the feedback that they get from only 4 hours (you can observe a lot by just watching). Also the initial impact of this investigation for the organization is minimal, I’m only attending meetings like stand-ups, planning games, or sprint reviews which they are doing anyway. And I talk with the main stakeholders, by having a cup of coffee and a short chat about how things are going (I love coffee).

Making 2 good teams out of 1 team

I worked with a start-up that had grown from just 3 people which started the company to a scrum team of over 10 professionals in a year. The program manager was heading the team as a scrum master, and he wanted to split the team in two smaller teams. Using my “observe and change” approach, I suggested to let the scrum masters come from the team in stead of the program managers being the scrum master for two teams. I saw several team members that had the skills to take the role as scrum master, and a part time scrum master role instead of a full time function would be enough. Also the CEO of the start-up believed in self-organized teams, having a team with their own scrum master would be a better fit. Finally I had observed that product manager could not be be sufficiently available for the team, where the program manager already did some of his tasks to support the team.

I proposed to coach the new scrum masters in their roles, but also the program manager who would no longer be a scrum master. His role would change from being committed (“pig”) to become involved (“chicken”), where he would have to rely on the team members taking actions themselves. Also I suggested to intensify the collaboration between the program manager and the product owner, turning them into a product owner team which would better support the team if they had questions on what to do, why to do it, and for which customers.

The program manager immediately called after he go my proposal (which he got 1 day after the observations). I stressed that the change in his organization would mostly impact him and the new scrum masters, I wanted to make sure that he was willing and able to change. We worked together during a couple of months, where I coached them by attending the Scrum meeting, giving them feedback and support them on the steps that they had to take. They now have two self-organized teams, which are collaborating with a product owner team. Together they groomed their product backlog, and came up with a solution to have their products delivered on time. This is something that neither the program and product manager or the teams could have done by themselves, but together they were able to do this!

Sometimes you need an extensive audit or assessment, to explore the organization, draw a map of it’s way of working, and plan the changes that are needed. In other situations, a couple of hours of observation and a 1 pager can be enough to implement the changes that are needed to help an organization in becoming agile and lean. I use the golden rules for agile process improvement and use Scrum for process improvement, to help organization to learn to improve continuously, with my “observe and change” approach.