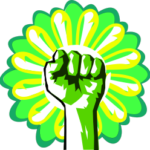 How can you become an excellent team that is able to deliver and exceed customer expectations? By continuously becoming better in the things that you are doing great, using a strengths based retrospective. This technique helps teams to improve themselves by focusing on their personal and team strengths. The retrospective technique described in this blog, which uses solution focused, is included in the agile retrospectives pocket book, the book that helps you to get value out of agile retrospectives. We love to hear from you, to make this a great book?

There are lot’s of ways to do retrospectives. Usually the team uses a technique to reflect on the work that they did, does some analysis on what has happened and what caused it, and defines improvement actions for the next sprint. These actions imply that they will change their way of working.

A strength based retrospective, using solution focused, is a different approach. Instead of coming up with a list of actions to start doing new things (of which you might not be capable of doing), your actions result in doing more of the things that you are already doing and which you are good at. The goal is to use the strengths which the professionals already have to solve the problems that they have.

One of the reasons that agile teams find difficult to improve is that actions that they defined in a retrospective turn out to be hard to do, because it is something new that they do not know how to do. They would like to do it, and see the benefits, but need time and help to learn new skills. It would be so much easier if they would have improvement actions using the knowledge and skills that they already poses. A strengths based retrospective helps them to find such actions.

Solution focused is a therapy which does not focus on the past, but instead, focuses on the present and future. It examines “what works” in a given situation, and uses that the address existing problems. It is positive way of improvement, exploring possibilities and revealing strengths that people and teams maybe are not aware of.

Steps in a strength based retrospective

A strength based retrospective consists of 2 steps: Discovering strengths and defining actions which use them. Both steps consist of questions that team members ask themselves (more on this in Which Questions do you Ask in Retrospectives).

Discovering Strengths: Think of something that succeeded in this sprint. That you managed to do beyond expectation, and realized benefits for you, the team, and/or for your customers. And now ask yourself and your team the following questions:

The questions used are also based on Appreciative Inquiry, an approach that focuses on value and energy. These questions give visibility to good things that happened and explore the underlying strengths that made it possible.

If you are using the four key questions (see which questions do you ask in retrospectives?), the question “What did we do well”, can also be used as a Solution Focused approach to find strengths which can be deployed to address problems that a team is facing. You can also use storytelling, by have a team member tell what (s)he has done, and why it worked. Stories are a great way to communicate ideas, and stimulate creativity.

Defining Actions: Think of a problem that you had in the past sprint, and that is likely to happen again in the next sprint. Something that is hampering you and your team to deliver benefits for your customers. And ask the questions:

Again Appreciative Inquiry is applied here, by envisioning what can be done using the previously discovered strengths, and giving energy to the team members to do it.

When you define actions for improvement, there are some golden rules for agile process improvement that you can use. Using strength based retrospectives helps you to become more agile and lean.

How a team discovered their ability to deliver on time, and use it

Here’s an example from a retrospective that I did with a team when they finished a short (and very hectic!) project:

Triggered by the reply, other team members confirmed that they were also pleasantly surprised. Since some of the projects that they are working on now had again unrealistic deadlines (it was a project retrospective and team members had moved to different new projects), they wanted to know what they could do in their current projects to increase the change that they would meet their deadlines. I used several questions to find out what they did that made the difference. And once that was clear, I helped them to apply those strengths again in their current projects.

Being aware of both person and team strengths helped them to define actions for their new projects. The approach of a strength based retrospective helped not only to reflect on the past project, but also to improve ongoing ones.

Use your strengths to improve!

(this blog was published august 15, 2013, updated august 27: added the usage of Appreciative Inquiry and Storytelling, and updated september 2: added text on why using strengths works).