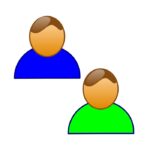 Zoltán Ludányi, one of my customers for whom I did an in-house retrospectives workshop, designed a retrospective exercise where team members pair up to discuss why, when and how to do specific agile practices. Purpose of the exercise is to involve minorities and introverts into the team’s improvements and actions. Here it is: the Extreme Pairing Retrospective!

About half a year ago I have taken some of my Scrum masters to Ben’s retrospective training. I liked the training very much, and also his website collecting many retro techniques. I still use this as a reference when I coach people.

However, recently I have hit an obstacle. In one of the teams that I have visited, a minority of people were suffering with Scrum ceremonies. These members were passive not only in the ceremonies but also on the retro.

Since the majority of the team have been talkative and positive, these issues did not get enough attention on the retrospective either. Standard retro techniques where ideas are dot-voted by the team have down-prioritized the issues, and the team did not realize they are leaving someone behind.

Even though it’s good to focus on problems that matter to the majority, with a member of the team we have often said it’s also a team responsibility to address issues of the minorities; in this case to make these ceremonies work for others.

So in order to address this issue, I knew I had to approach the retrospective from a new perspective; and after a long evening, I have come up with a retro idea of “pairing up extremes”.

One of the major things that I have taken away from Ben’s training (and his book) is double learning. Even though I think I have been doing this before, I think I am much more focused on this now that I have identified it as a behavior. I more often ask myself ”how did I get to this question?”, ”how did I find this solution?”, etc. It’s like self-coaching.

My double learning for this exercise is that many agile techniques can be used for a different purpose. If you look at the technique, then I have obviously derived it from planning poker – subconsciously. Once I have realized where it came from, I have even introduced the game saying “this is just like planning poker, we vote, and then extremes talk”.

I think people like things that they know, and there is more buy-in if the rules are already familiar in any form. So whenever next time I get stuck with retro techniques or other facilitation techniques, the first thing I will do is to review the practices I do in another context. It seems they may be powerful under other circumstances as well.

I hope you have liked the technique, but more than that I hope I have motivated you to design your own! If you have any thoughts, especially if you have managed to use or alternate this technique, please leave a comment below.

Thank you Zoltán Ludányi for sharing your retrospective exercise with my readers. I like it and want to try it out when I work with a team that’s struggling to involve minorities and introverts. And thank you for your kind words about my workshop, it was a pleasure to do the in-house retrospectives workshop for your Scrum masters.

I’ve added this exercise to the Retrospective Exercise Toolbox, a free of charge agile and lean tool that helps you to do Valuable Agile Retrospectives.

To truly understand how a team is doing you need to involve all team members in the agile retrospective. A suggestion to include introverts is to use Non-verbal Exercises in your Agile Retrospectives.

Have you designed your own retrospective exercise?