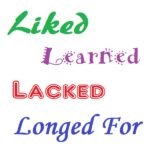 The Four L’s is a classic exercise that you can use in your agile retrospectives. It helps your teams to look for things they Liked, Learned, Lacked, and Longed For in their iteration, and to take actions based on their shared insight on how they are performing as a team.

The Four L’s retrospective was invented by Mary Gorman and Ellen Gottesdiener and described in their blog post The 4L’s: A Retrospective Technique.

The L’s stand for Liked — Learned — Lacked — Longed For. You do this exercise by handing out sticky notes and asking the team to write down what they liked in the past iteration, what they learned, etc. Write only one sentence/statement per sticky note and mark the note with the category to which it belongs.

Next team member put the sticky notes on the corresponding flip chart. I usually make a quick pass over the notes just to check if all team members understand what is meant. Then depending on the number of notes you can cluster them and use dot voting to come to the main issue(s) that the team wants to deal with in the next iteration.

My experiences with the Four L’s exercise

Over the years I’ve done Four L’s retrospectives with many teams. My experience is that the words bring out relevant topics to discuss and set a positive and productive atmosphere where people think about possibilities in stead of blaming each other or complaining.

At several occasions “Longed For” turned out to deliver a great catch. I’ve had people say things like “if we only would have …” or “I’d wish to have …” where others responded with “well, I think we can solve that”.

I use this exercise with teams using Scrum, Kanban, or a combination of that, and have done variants of this exercise with non-software teams such as management teams. The Four L words are general enough to bring out useful things in any situation.

This is also a very suitable exercise for remote or distributed retrospectives. You can collect the input up front or during the retrospective meeting, make sure that it’s editable for all team members so that they can fully participate in the retrospective. 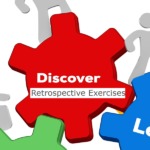 The Four L’s is listed on the Retrospective Exercises Toolbox, a collection of exercises that you can use to do valuable agile retrospectives.

This technique is also offered by Retrium as one of the possible ways to do a retrospective.

Which (classic) exercises do you use in your agile retrospective?