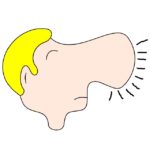 A couple of weeks ago I started a new series of posts on Retrospective Smells. I plunged in by exploring two smells: Passiveness and Blaming. For each smell, I described how to recognize it and how to deal with it. In this post, I’ll explore why facilitators need to know about retrospective smells.

As it’s a signal, the first step to take is to explore what is going on. My suggestion is to use your senses to get more information. What works for me is to observe, listen, and ask questions.

Once you have a better insight, then you can act. Either you can do something to solve the problem or to mitigate the impact. 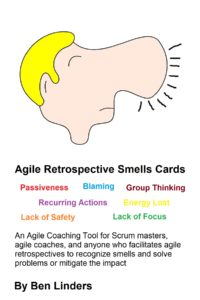 The Retrospective Smells Cards help you to recognize smells and act upon them by solving the problem or mitigating the impact.

These cards are an Agile Coaching Tool for Scrum masters, agile coaches, and anyone who facilitates agile retrospectives.

The cards can be downloaded from my webshop in PDF format.

Retrospective smells are also sometimes called retrospective anti-patterns. I don’t think they are the same, but they are closely related.

An anti-pattern (Wikipedia) is a common response to a recurring problem that is usually ineffective and risks being highly counterproductive. It’s a bad solution to a problem, which makes things worse.

I consider smells to be the signal that something might be going wrong. An anti-pattern describes the behavior that most likely follows if the smell is not properly recognized or dealt with.

Where it easier to recognize anti-patterns, I believe it’s more effective for facilitators to be aware of smells. That way they can act quicker and prevent problems from escalating.

What makes it important to recognize smells

An agile retrospective is a delicate meeting. It can be hard to facilitate it, many things can go wrong. As a facilitator, you have the responsibility to deliver valuable results: actions that help the team to solve problems and improve.

If the meeting fails to deliver, that is a waste of time and energy. Retrospective smells are early warning signals. If you recognize them and act promptly, it can make the difference between a failed and a successful retrospective.

If retrospectives fail often, that’s even worse. People will resist doing retrospectives, they will skip them. Teams will miss out on opportunities to learn and adapt and problems might go unsolved.

Asking people to invest time to reflect and learn is ok, provided that their investment will pay back to them. Sensing and acting on retrospective smells helps you to keep your agile retrospectives valuable.

Is it a real smell?

How can you distinguish a signal from noise, how can you know for sure that something will go wrong if you don’t intervene?

The short answer is: You can’t.

The question, however, is if you want to take the risk.

Getting teams to attend retrospectives, setting the stage for reflection, and establishing a culture where people can be open about what is happening and willing to take action often isn’t easy. You don’t want to see that go to waste because you didn’t recognize a smell of didn’t act properly.

The long answer is that you can cultivate your skills for recognizing smells and filtering out noise. It takes practice, the benefit will be that you will become a better facilitator who is able to help teams and organizations to really improve.

When you’re in doubt, my suggestion is to investigate the signal and find out if there is a problem.

Some of the ways that you can do this are:

If there’s productive interaction, people looking for solutions and supporting each other, a good balance of listening and talking, then things are probably OK.

At the 2018 Retrospective Facilitators Gathering Jasmine Zahno and I came up with two related topics. I wanted to talk about retrospective smells where Jasmine raised “retrospective 101s”, things you want to know before doing retrospectives.

We decided to team up together and co-facilitated an open space session on retrospective smells and 101s. Together with the attendees we identified smells and discussed how to recognize them.

Jasmine created the below graphic which shows the smells that were mentioned in the session. 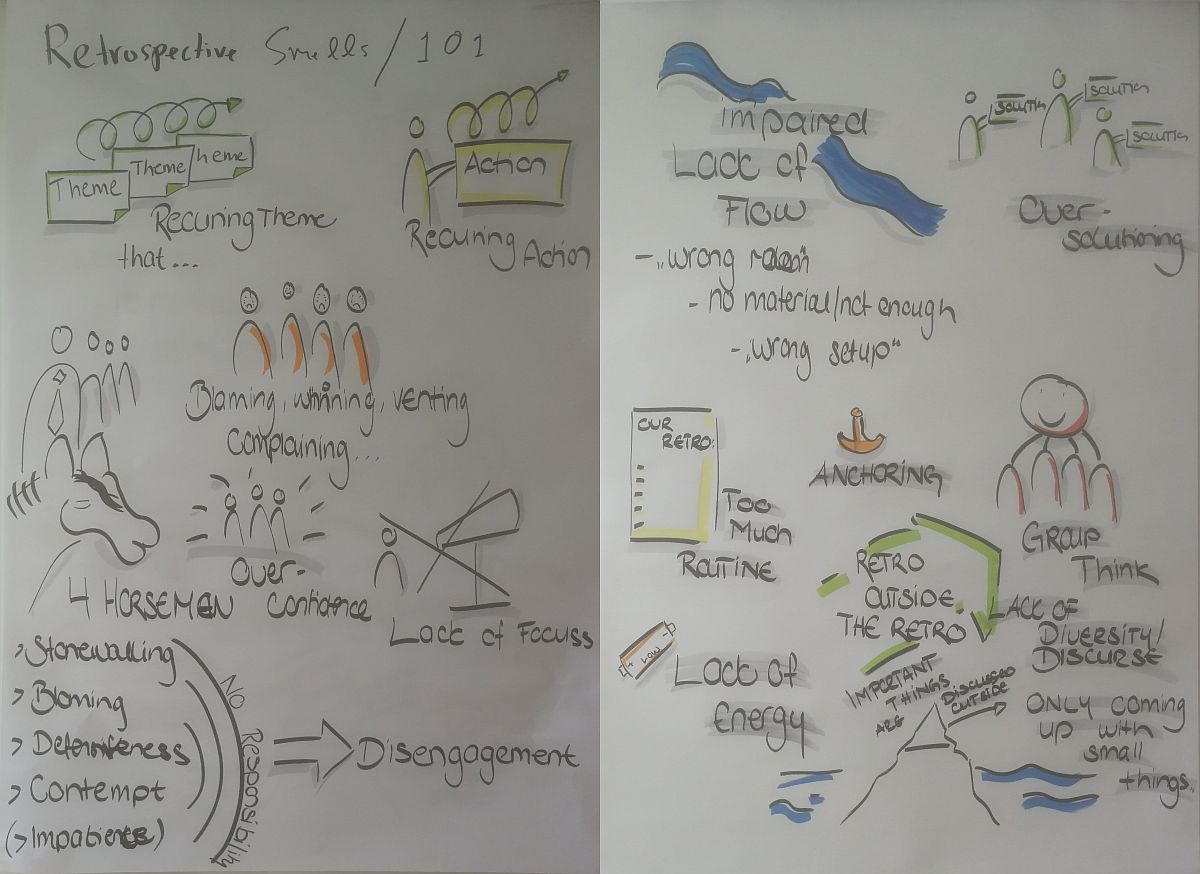 A big thank you to the session attendees who brought up many smells and to Jasmine for drawing the graph!

In my series on Retrospective Smells, I will write posts on the smells mentioned in the above picture and on many others. In these posts, I’ll provide tips for recognizing smells and suggestions for dealing with them.

Which retrospective smells have you seen and how did you deal with them?