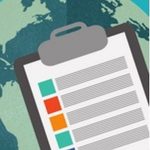 It’s a yearly survey organized by Joel Montvelisky from PractiTest and Lalit Bhamare from Tea-Time with Testers. 2019 is the 6th edition:

With about 1,000 participants from more than 80 countries, the survey aims to provide the most accurate information of the testing profession and the global testing community. Held yearly, the survey also captures current and future trends.

I did an interview with the organizers of the State of Testing survey for InfoQ which explores how trends have developed in the testing profession and provide visibility into different angles of testing and technical aspects of testing.

One of the questions that I asked was about the technologies or subjects that will become more important in the future of testing:

Bhamare: I believe that technical testing (automation and other things) would gain more importance, not only in terms of adoption, but also in terms “invention, analysis and investigations”. That is, all this tool-assisted and technically-facilitated testing would have to undergo critical evaluation for the value it is adding to product teams and quality, beyond making testing(?) cheaper and faster. Let’s not forget those Cheaper, Faster and Quality equations. In the future, I feel the “Quality” aspect will start weighing in more again, putting pressure on the other two aspects to adapt, cope with, or evolve.

Montvelisky: Looking at the other side of the coin Lalit mentioned here, I think that as we work more on production and expand the definition of the value provided by the QA Team into production and into the actual work of users, we will see more technologies around monitoring, data analysis, and even experimentation, such as A/B testing on apps to take more of an active role in the toolset used by testers.

These are at least my hopes, as I see a time when we actually become Quality Engineers, expanding on our traditional role of Testers within the team.

Read the full interview on InfoQ: 2019 State of Testing Report.