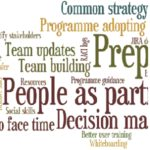 In this guest blog post Dave Lovegrove, Agile Coach/Scrum Master at the UK Ministry of Justice shares his experiences using wordles to communicate the main themes and actions to make retrospectives more valuable for their teams.

There is a danger with retrospectives that teams will end up just going through the motions and not use the valuable material to identify whether the actions agreed at the end of the retrospective are actually making an impact on the team’s capability to improve. Furthermore, the chances are that in a multi-team environment, there are common themes raised that if highlighted early, can aid a new team when starting up – learn from others misfortune! Following the Agile philosophy of transparency, here at the UK Ministry of Justice we have been using Wordles to really get the key messages across in a clear manner.

Using different facilitation techniques to elicit feedback from the team, in the end we gather really useful feedback relating to WWWs (What Went Well), NSGs (Not So Good) and EBIs (Even Better If). We tend to give the team members three votes (well, we use sweets here!) to place on which three EBIs are most important to them, and then create actions on the most popular two or three. If we try to have actions to address all of them, we may end up affecting a wide variety of changes and not be able to tell what made the best impact. Alternatively, trying to change too much may mean that we regress. 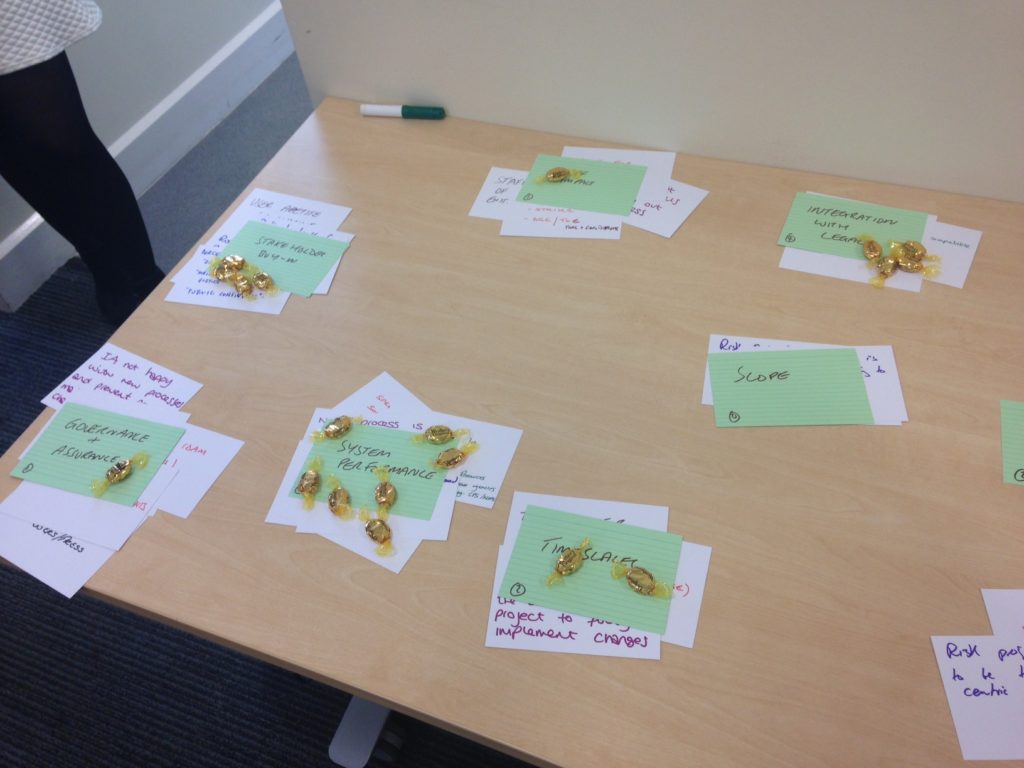 However, whilst voting gives us a clue as to the most popular items, taking the raw ideas and creating a Wordle to represent the WWWs, NBIs and EBIs is a neat way to express the initial feeling of emotions around particular themes. Sometimes the actions voted for are not always on the most frequently raised areas, and so we don’t want to lose sight of this.

To generate these, during the retrospective we would group related ideas together into themes on which to base the votes for actions. To create a Wordle, we would define a one word (or very short phrase) to describe the theme, repeating it for as many ideas that were generated by the team under this theme, and then pass through an online Wordle-generator.

And here is an EBI one;

So, for a start, we can now clearly see the highlights from the retrospectives, and share this across teams. But, this is also useful to detect whether our actions are helping to implement the EBIs. If we are working on ways to improve how we are working, then in future retrospectives, the prominence of the frequently raised areas will be less. Our actions will translate into positive improvements in the team’s delivery capabilities, which as a result should start to appear on our What Worked Well list, and leave our Even Better If list with remaining items that were not thought as being that that highly important to warrant a vote the previous sprint retrospective. Ultimately, the main aim is to achieve a Wordle that has a relatively “flattened” so that whilst there are a few ideas of how to improve things, there are no major areas due to these being addressed by actions from previous sprint retrospectives.