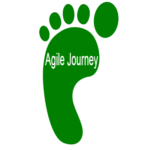 When you’re facing problems and feel that there’s no room for improvement, the situation will only get worse. You’re building up process debt, a debt that you will have to repay as soon as possible to prevent from going bankrupt. Let’s explore how you can deal with process debt by taking a first step on a journey of continuous improvement to increase your agility.

Houston, we have a problem

People sometimes tell me that they have no time to do agile retrospectives. They say that they’re so pressed with getting their products out of the door and doing all the work that needs to be done, so they don’t have time right now to sit down and do a retrospective and do the actions coming out of that.

Usually those teams have a lot of impediments. Problems are happening every day. People will raise them in the stand-up, but nothing happens, as they think there’s no time to do something about them. “We need to deliver first”.

Although this sounds like bad news, I’m happy to hear people telling me when they feel like this about retrospectives and hate it that they’re not being heard in the stand-up. It signals that a change is needed. If you are continuously overloaded with work, that’s not a healthy situation. You need to do something to get out of this situation.

Also if people feel that there isn’t any room to do improvement, then they are fully right to ask why they should do a retrospective. Doing retrospectives without taking action has no value. Again, this is something that needs to be addressed.

When people say to me “We don’t have time to do improvements” I ask if they’ve heard about the concept of technical debt. Most of the time they say:

Yeah, we’re familiar with that. We know that if we take shortcuts in product development, then we’re building up technical debt and sooner or later, we’re going to have to repay that and we’re going to have to go into a discussion with our product owner to say that we need to do things differently, we need to change the architecture or we need to clean our code because of the technical debt that we’ve built up is hampering us in doing our work.

If you look at retrospectives and continuous improvement, you got a similar concept in there which you could call process debt. If you’re not changing your way of working and if you let things keep on bugging you, you will keep on having the same impediments and running into problems in the organization. You’re building up debt which is hampering your team, which is slowing you down and causing you to waste time and money.

Taking the first step on your Agile journey

Sooner or later, you need to invest time to clear those debts and to address the problems, and that is where continuous improvement comes to the rescue. What I often say to teams when they say that they don’t have time to do improvements is:

Is there any change or improvement that you think of that would help you start solving this problem? There must be something, as you’re having a problem right now and are loosing time and money.

Just think of a first step that you can take to start solving this. Something that can be done in the least amount of time.

I prefer that people do a small change, a first step which helps them to understand an problem and take action. I’ve seen change programs which came up with gazillions of things and large to-do lists just to find out that there wasn’t any room to do improvements or only time to do some small things. Long lists of improvements don’t solve problems. Taking a first step to start a continuous improvement journey does.

My suggestion is to re-focus on doing small improvements and doing them continuously. That will give more benefits in the organization. If people are afraid to do them, then I propose to do a safe-to-fail experiment. Try something, if it works then keep on doing it, if not then stop doing it.

Kanban is a mindset and approach to start from where you are right now and take a first step in the direction which most likely will help you to improve. It can help you to visualize problems and manage the flow of improvement in your organization.

Learn how to deal with problems and impediments effectively 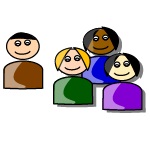 If problems are hampering your agile transformation then I’d suggest to join my workshop Getting More out of Agile and Lean. In this workshop you will play the agile and lean impediment game which helps you recognizing and dealing with problems and impediments and deploying agile and lean practices to become more agile and lean.

Note: This blog post is based on the interview Staying Agile with Retrospectives that I did with Noel Wurst for Skytap. See interviews with Ben Linders for more interviews about agile, retrospectives, the Scrum master role, continuous improvement and much more!