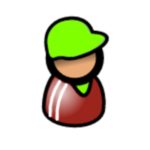 Let’s get one thing out of the way. I don’t care much about what specific frameworks or processes such as Scrum or SAFe say about who is “responsible”for the agile retrospective, or who’s “task” it is to do it. For me it is not about “who’s work it is to manage the meeting”. What matters are the results! How can you make your retrospective valuable: have a effective meeting and get good actions that help teams to improve.

Basically anyone can facilitate the agile retrospective. The main guidelines that I use are:

For a new team the retrospective should not be facilitated by a team member, and certainly not by the Scrum master. Why you might ask? Because this team is on a journey to discover how to work in an agile way, and that means changing the way people work together. This change impacts everybody on the team, and in the beginning mostly the Scrum master. Having to lead the retrospective, and reflect and learn at the same time is hard. My advice is for the team to focus on the learning and get someone else to facilitate the meeting.

An independent facilitator for the agile retrospective

So who can facilitate the agile retrospective for a new team, if it isn’t the Scrum master of the team? Whoever is does, that person must have the proper skills to do it. It can be a team member from another team, be it that team’s Scrum master or anybody else from that team who knows how to lead a good retrospective. Or it can be an agile coach, process responsible, quality manager, or even somebody from HR or a line manager. The position or role that the facilitator has is irrelevant, what matters is that the person can act as an independent facilitator and has the right skills.

In a comment on an earlier version of this post Kasia Ziemba mentioned the danger in having the retrospective facilitated by a line manager by stating “Until managers understand that their role is to support, not command and control, it might block the learning process in a team.” I second that, and adding to it, I’ve seen situations where the manager truly tried to support the team, but due to the history of the company team members didn’t trust managers enough to be fully open an honest when their where in a meeting. Past performance and perception can work against managers when they want to adopt an agile management style, it’s hard. On the other hand, I have seen managers with very good facilitation skills who helped teams tremendously on their agile journey. Team perception is crucial, if the team doesn’t feel safe with a facilitator then have somebody else facilitate the retrospective.

Becoming a servant leader of a self-organizing team isn’t easy for new Scrum masters. The focus in the retrospective for a new team (actually, for any team) is to reflect and learn. That works better if someone outside the team facilitates the agile retrospective for them. Someone who knows how to lead the meeting, and what it takes to adopt an agile way of working. Recognizes barriers and impediments and helps the team to find a solution.

Who facilitates your agile retrospective?