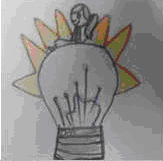 The key Scrum ceremony that helps the team reflect on its behaviour is the retrospective. In my view, this is not any new concept or jargon the team needs to master — but yes, in reality it sometimes becomes challenging to keep the momentum lively at all times! Let us look at the reasons why this happens and discuss a few ideas for making these meetings effective.

A few thoughts for making these meetings interesting

My two cents, after performing retrospectives in a fairly good number of teams and projects, is that retrospectives can become monotonous and boring over time, and so they become ineffective. I have personally faced this challenge and felt that there was a need to bring something new, fun, or exciting to the retrospectives to make them lively. 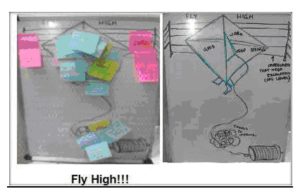 I was flying kites with my friends at the Pongal festival, and we had a few tangles on the ground, but we could remove these by ourselves. But as the kite flew high, it became stuck between some wires, and we had to get some external help from our neighbors and use sticks and other tools to remove these blockers so we could have a smooth flyway.

A thought came to me that this experience was relevant to some of the scenarios that we see with teams. We come across many bottlenecks during the sprint, and they can be classified into two categories:

So we had a retrospective a few days after the Pongal festival, and I drew a kite on the board and asked the team to imagine the kite as the good work that they have been doing.

I also encouraged the team to:

Teams liked this method a lot, and they were easily able to draw a clear line of distinction between the team-level impediments and those that needed escalation to the next level.

So the message is that when we come across some interesting experience in our day-to-day work, we could take it back to our teams and use it whenever it makes sense and suits the teams. 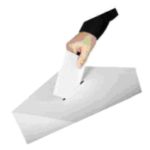 With a secret box, team members can just drop in their views — things they would want to discuss in the retrospective — whenever something strikes their mind. This way, that they don’t forget anything. This can also be used if, initially, people are little reluctant to speak out when the team is in the team storming phase. However, the team needs to remember that if an issue needs immediate attention, they should bring it up in the stand-up meeting, or immediately with the team, instead of waiting until the retrospective. Over a period of time, such a box need not be used, as each and every team member should be speaking openly.

With one team that was doing a one-week sprint, we actually had only three days to work, due to holidays. I was not sure what technique to use in the retrospective, as it was a very short sprint. So I let the team come up with a topic that they wanted to discuss. Amazingly, the team had a good discussion about how to increase their domain knowledge, do cross-learning, etc. This made me feel that sometimes leaving the option open to the team and asking them what they wanted to talk about can trigger a good discussion. Hence, perhaps asking the team explicitly whether they would like to have a discussion about specific topics, and facilitating the discussion around those topics, can really help.

Kudos to the team!

The most important thing is never to forget to appreciate and thank your team members for the ways they have helped each other. Maybe you can give them small kudos in the form of chocolates, smiley badges, and so on. In my experience, this can have a lasting impact on the team and really help it gel. Reserve a small space in the team room and capture all the kudos given to each team member every sprint; this helps them feel good when something positive is visible in their team area.

Tracking the retrospective action items can be done in different ways. We can use some electronic tool or a visual indicator, as in the example above:

On each card, we can write the name of the owner responsible for the execution of that item.

I conclude this article by saying that the methods mentioned here may not work for everyone; much depends on team composition and on the environment. However, in my experience I could see some visible improvements in productivity, quality, one-to-one coordination, collaboration, and so on after using some of these methods.

I would be glad to hear from any readers who have tried anything different that has worked out for your teams and retrospectives. Thank you!