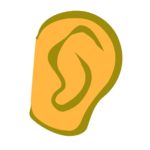 When organization are implementing agile, things do not always go as planned. Some of the changes will go smoothly, others are meeting resistance from the professionals. People ask me how to deal with resistance when they are implementing agile practices? My suggestion is to stop imposing and start listening, and collaborate to understand the reasons that people resist. And change the way that you implement agile where there are good reasons for doing it differently.

Let me start by admitting that I rarely see much resistance in teams and organizations where I am coaching people with agile, Scrum or lean practices. Most people are willing to become agile and lean, and I had several teams who even asked if they can use agile practices. But at some occasions, people objected against agile, or just weren’t doing the changes that would help them to become agile.

My suggestion if this happens is:

If there are people showing signs of resistance to agile or lean, by all means talk with them, and listen to what they have to say! Take them seriously, ask them why and how they see things, and how they feel about it.

First, they probably have valid reasons, and it is good to bring them up and to deal with that together. Second, it gives you a lot of useful information that can help you to deploy agile (or any other change) in the organization. Others might feel the same but are not showing it. Don’t shoot the messenger!

Why do people resist?

Reasons that I have seen why people resist to implementation of agile are that they don’t understand how agile or Scrum works, have difficulty adjusting to the openness and more intense communication of agile, or are having doubts if agile is for real or just another fad. They feel that agile is being imposed on them.

Talking with them, giving them answers, and giving the right example is often the best solution to that. One way to give the example is to work in an agile way as a change team.

Case: The project manager that resisted to change

I’ve worked in Operational Development at a large company. Our team defined, initiated and implemented change programs in the R&D organization. When I started on a new project, I felt resistance from the project manager to changes that had to be implemented in his project. He didn’t answer my emails, meetings with him were postponed, and I received some signals from project member who had been asked to wait with the changes. When I finally managed to speak to the project manager, he made it very clear that he was against the changes. In stead of trying to convince him, I asked him why? He mentioned his reasons for opposing, which I welcomed very much. At first he was surprised. “Why don’t you tell me that my project has to do the changes, since they were ordered by senior management?” I told him what the intentions were behind the changes, why the management team requested them. And explained that I wanted to understand his objections. “I’m assuming that your reasons to object to the changes are valid, the more I understand them, the better I can help the project!”

We had several meetings were we discussed the objections, and looked at how we could reach the intentions behind the changes.  We starting implementing some of the requested changes, since we now had a shared understanding on why they were needed. But we monitored them closely, since we were aware of the risks implementing them, and where they could fail. Some changes were discussed in the Operational Development team, using the feedback that I got from my project manager. Sometimes we suggested different approaches, that would deliver the requested result. Also the Management Team welcomed the feedback from the project; they valued the cooperation between the project and Operational Development. Working together has helped the project, the organization, and me in my role as change manager. It wasn’t easy, but it worked. And we also earned a lot of respect in the organization, as the project manager became a champion for our changes!

Listening to people and understanding their reasons to resist to change has worked for me, not only with agile, but with all kinds of (process) improvement. Instead of imposing change, invite them, get them engaged, and support them on their agile journey.

What works for you?