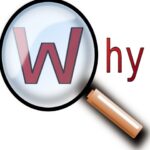 Getting retrospective actions done can be challenging. To assure that your actions get done my advice is to start with why. Know why you are doing the actions, which problems they will solve, and the benefits they will bring.

You have to assure that actions get done to prevent wasting time and money in the retrospective meeting.

Simon Sinek explained in his book Start with Why that to get things done you need to know why you are doing it. Understanding the why intrinsically motivates people and empowers them to take action.

The same is true for agile retrospectives: To successfully do the actions you need to know *why* you are doing them. Truly understanding the problems that a retrospective action aims to solve provides energy and motivates people.

How to know the why

Delivering a list of actions from your retrospective is not enough. Make sure that the team knows why these actions should be done.

Here’s a couple of tips and tricks to know the why of retrospective actions:

As mentioned above, one way to know the why is to define a hypothesis which states what the impact of a retrospective action will be. This will not only drive people to do the action; it also helps to verify the results.

If it turns out that the action has delivered the expected result, then you’re ready with it. If not, then it would be good to think about alternative actions that could lead to the required impact.

The hypothesis can also help you to come up with alternative actions, or additional actions that increase the chance that the impact will be successful.

Not having actions done is one of the main reasons why agile teams stop doing retrospectives. If nothing happens after the meeting, why do retrospectives? Make sure that this doesn’t happen with your retrospectives!

Knowing why you are doing the actions significantly increases the chance that the actions get done.