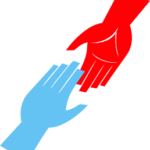 I see organizations who hire a bunch of coaches when they are transitioning to agile. Management assumes that since they’ve hired the best coaches that they can pay, the transition will go smoothly and quickly. In practice it often doesn’t, and organizations are not getting the benefits that they expected from agile.

Blaming agile and saying that it doesn’t work doesn’t solve the problem. When your agile transformation isn’t going that smoothly, chances are big that there are problems with the approach that is used for doing coaching in your organization.

Coaching over having a coach

Being coached is more important than having a coach. Change doesn’t need coaches, it needs coaching. By people who have the knowledge, skills, and passion to coach people. That want to help people to grow, to develop themselves, and to do great things. You can hire coaches, but there can also be people that are already working at your company who can coach other people.

What can you do to provide effective and efficient agile coaching in organizations by having people coaching each other:

Roles in stead of functions

I’ve worked in several organizations were people had multiple roles at the same time, in line functions and/or in projects. They could be chairing a meeting, reviewing stuff, providing feedback, and coaching or being coached or mentored on something new in parallel. Sometimes they would switch roles several times a day. As long as it is clear which roles people have at a specific moment, this works (and can be very effective 🙂 ).

We had some occasions where my roles of operational project manager and quality manager / coach conflicted, but my team and I always managed to discuss it openly, and come to a quick decision on what to do. The different views actually led to better decisions.

If there is no culture where people are used to working in different roles, and insufficient experience with coaching and mentoring in the organization, then I suggest to use a coach to get you started. A good coach can develop coaching skills and establish a culture where people help each other, and by that make him or herself superfluous.

If teams need full time coaches depends on the situation, the people involved and their skills, and the problems at hand. For example:

Working with part-time coaches provides flexibility and focus, which makes coaching more effective. It is also a lot cheaper – even when the experienced part-time coach has a higher rate – since you only pay for real coaching instead for having a coach around the full week.

There might be situations where you want to have a coach on-site just in case there is a need for coaching. I have coached people by just being there, being available when people had an issue or wanted to talk about something. But this also doesn’t have to be full time, as long as it is visible when the coach will be there and how to reach him/her at other times.

Coaching as a service

It’s better to have coaching that is requested (pulled) by a coachee when they want to change their way of working. This beats having managers who push coaches on people in order to change them. People can only change themselves.

Coaching is a service that can be provided to professionals. Something that helps them to do a better job. A service that they can use when they need it, in a format that fits with the coachee and done by a person that they trust and think is capable to do it.

One way to do coaching as a service is using a short cycled “observe and change” approach that consists of a couple of hours of observation with a 1 page feedback and change advice. This is often enough to implement the changes that are needed to help an organization in becoming agile and lean. I use the golden rules for agile process improvement and use Scrum for process improvement, to help organization to learn to improve continuously, with my “observe and change” approach.

If your organization is becoming more agile every day, if you are able to deliver valuable software to your customers quickly, and your employees feel happy and love to come to work, congratulations! If things are not going smoothly with your agile transformation then you may need to reconsider your coaching approach.

My suggestion is to focus on the needs of the employees that want to be coached, and design your coaching in a flexible and effective way with part-time coaching. That way professionals can really become better in doing their work, and still get their daily work done.