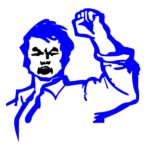 In my workshops I often play the impediment game with teams. In that game team members discuss impediments that happen during Scrum sprints or Kanban flows, and decide how to deal with them and who should solve the impediment. The “who” is most often “any team member”. But in practice I see that teams struggle with impediments, and often expect the Scrum master or a manager to solve them. Let’s explore what can be done to have impediments solved by Scrum team members.

What I have seen in all of my workshops where I played the impediment game is that, for 90% or more of the actions needed,  team members agree that any team member can do the action. Occasionally there’s an action which they think should be done by the Scrum master. Assigning the action to somebody outside the team is rare. Even if the team needs a manager’s decision they will allocate the action to a team member who will arrange for support and assure follow up.

Given that I hear team members saying in my workshops that they are willing and able to solve impediments, why does it still happen so often in practice that Scrum masters are the ones taking action? Or that actions are assigned to or picked up by managers outside the team?

What I hear when I’m coaching people is that it has to do with habits, it’s something that people are used to. In the old days with waterfall projects their manager would take action when there’s a problem, or tell them to do something. So team members start off in agile by expecting the same from the Scrum master or manager.

Another reason I hear is that team members are scared to take responsibility. They think they are not allowed to decide and take action. When they did it before, they were questioned or overruled, so they stopped taking actions themselves. So now they behave as they feel the organization expects from them.

This is a cultural problem, not a skills or capability issue. In my workshops I don’t have to train people how to take action. They know that very well! I create a safe setting using the impediment game, and when they play the game they go into their natural behavior which is to solve problems themselves. They do solve problems when at home, in their sport teams or when they practice their hobbies. Somehow they switch it of when they walk into the office. Let’s remove that switch!

Anything that slows down a team needs to be dealt with. Solving impediments matters! Handling impediments is a key value for teams and organizations to increase their agility. and yes, you need to have everybody on board to deal with problems effectively, including team members.

Earlier I wrote about why Scrum masters shouldn’t be the one solving all impediments. There’s value in the Scrum master helping team members to find ways, and be an example, but it should be about teaching people how to fish in stead of feeding them. You do not want the Scrum master to be a bottle neck for the team. Self organizing means that the team as a whole is capable to deal with impediments.

These are things that help you enable and inspire team members to take action:

If team members are taking action, then you don’t need full time Scrum masters. I’ve worked in very mature teams and we didn’t need a Scrum master, since everybody could and would do the things that Scrum masters do. When something needed to be done we quickly decided who would do it, e.g. who would be most suited or by taking turns.

If you are still not convinced that impediments can and should be solved by team members after reading this article, then I invite you to come to one of my workshops to play the impediment game and find out 🙂

Here’s a list of upcoming public workshops and training sessions that I give:

I also do private in-house workshops, which are tailored to the specific situation and needs of your company. These workshops help teams and organizations to increase their effectiveness and agility and to deliver more value. Contact me to discuss the possibilities!